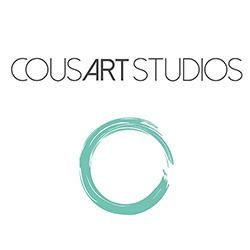 Christine was more than I ever expected. She showed up on time, was very professional, and made you feel very comfortable. I am not a model and never do photo shoots and I told her that, and with that knowledge she was able to guide my bridesmaids through the process of capturing these special moments from serious photos, to romantic, to funny, she did it all! I would suggest her to anybody who is looking to capture something timeless and special...

Christine did an amazing job on our wedding photos.. I could not have asked for better quality! Not only did the photos turn out great, Christine was so pleasant to work with. She was full of ideas (which you need on the big day since it's hard to think straight!), and she worked well with everyone- even all the crazy groomsmen! Christine has also been very helpful after the wedding in assisting me in what books/albums/etc. I want to purchase. Great Job!

I highly recommend Christine Cousart any chance I get for professional photography.Whether it be for business headshot photos, food shots for MINT magazine, family photos, baby photos, wedding photos exc. I have always felt comfortable referring her because of the work I have seen and witnessed. However when it came time for us to plan for our wedding this year I was nervous that I may not get to extended this referral to her because I was getting married in MEXICO. I went to Christine and invited her as a guest (since we are close friends) anxiously awaiting her answer she said, "absolutely YES"!!! I could not believe it and was so excited. We came up with a package that was extremely reasonable for our Wedding Photos and the icing on the cake..... the entire trip now being documented with professional photography. I have photos from every day leading up to the wedding and even the day after. "WHO GETS THAT"- Christine gave me this gift and I will always cherish the pictures. I know this might sound crazy but My favorite thing about my wedding trip was my since of security. The deep security of my new found love Larry and step daughter Ayla, my friends and family in attendance and the security of knowing that it would all be documented for memories to last forever. You don't realize how important photography is until you don't have the pictures to remember the important times and special days. Everyone that I show my pictures to....and trust me..... I SHOW THEM ALL THE TIME ....even to perfect strangers....says to us, "WOW, who was your photographer... they did an amazing job".Christine Cousart's tagline is..."Capturing the Essence of You".... I have to say.... She lives and breathes this passion and mission statement in all the things she does....not only in her photography.... she takes the time to get to know every person that she comes into contact with and if she has the chance to photograph them she captures their essence in the most beautiful way. I love Christine and am so blessed to have her as my photographer but most importantly a dear friend.A Happy Newlywed, Amber Payne

Christine did an awesome photoshoot of my son and his daughter. The pictures captured their essence. Then she put them in an awesome book for us. She is my "go to" photographer! Elizabeth Bugg, Jacksonville, Florida

Christine was our first and only choice to photograph our wedding this summer, after reviewing her work we knew we had to have her! Besides being a kind and wonderful person she was a delight to work with professionally and always strove to give her best in each situation we put her in. And believe me when I say this was not always easy when photographing a traditional Indian wedding. She conducted herself beautifully and her artistry shows in the many, many pictures she took for our special day. We are so glad we chose Christine for she truly embodies everything one could want in a photographer; grace, style and comfort. Sasha Unwalla - Saint Augustine, Florida

WOW! Thank you so much! You are just awesome! I will always recommendyou. You are just the BEST!!!Anita Schrader

Christine Cousart took pictures of my two children for Christmas presents. Not only did she take gorgeous pictures of James and Meredith, but she was so patient and kind with them. She even got the cat to participate! Then she bound the photos in a leatherbound album where the pages are the photos. It is a priceless item in my home to this day. Thanks! Christine McMillan

Christine Cousart has been our photographer since about 2005. Orginally, I was impressed with her professional work in Costa Rica; I volunteered alongside her in several art camps which were made available to low income children. She interacts very well with children. After the trip, I began to learn about her upstanding morals and began to understand why her professionalism extended such warmth and genuine sincerity. Christine Cousart took our family reunion photos, then my pregnancy portrait, then my daughter's baby portraits (she even showed up at the hospital the day she was born to capture those first few hours while my husband held her), and most recently took some photos of my husband, my daughter, and me. We used the last photo for a flyer that generated enough votes for us to land a spot on the Regis & Kelly Show. I have also attended many weddings where Christine was present and the photos turned out beautiful. For example, one of the wedding photos made National Headlines when it was choosen in "The Knot" magazine. (Had I known Christine when I was a bride, I would have certainly booked her.) I can not rave enough about Christine Cousart! I cherish all of our Cousart photos completely, but I especially like the little keepsake book of the day my daughter was born. It's this little black hard cover book containing beautiful photos and artistic designs using black and white and color. Likewise, Christine is fun to work with and one can tell she really enjoys what she does! It's as if she was made to be a photographer and what a blessing she has been to our family! She is esteemed as Saint Augustine's most prized photoghrapher. Thoughtfully yours, Kristy Hirko